How high should expectations be in Oxford?

The talent pool Ole Miss head coach Hugh Freeze inherited when he arrived in Oxford wasn’t considered deep or even comparable with the top schools in the Southeastern Conference. Three years of signing high-profile recruiting classes, however, has brought the Rebels closer to the elite rosters in college football.

In addition to successful recruiting, Freeze has quickly built a reputation as one of the top young coaches in college football. Despite taking over a team that finished 2-10 the year before, he led the Rebels to seven wins in his first season, including blowout victories in both the Egg Bowl and the Compass Bowl. It was an impressive feat, and even more impressive when you consider Ole Miss had lost 14 straight SEC games prior to his arrival.

The 2013 season was another step in the right direction, winning eight games including Texas, LSU, and Georgia Tech in the Music City Bowl. However, for many Rebel fans it will be remembered as the season that “almost was.” Narrow defeats to Auburn and Texas A&M, combined with an overtime defeat to in-state rival Mississippi State, took some of the luster off a nice season.

Heading into the 2014 season, expectations are high once again for Freeze. Ole Miss returns most of its defense and several key contributors on offense, including Bo Wallace — the most experienced quarterback in the SEC.

How high should expectations be in Oxford? This is not the first time the Rebels have been led to believe they were a team on the rise. Former head coach Houston Nutt won 18 games in his first two seasons, then finished his final two seasons with a dismal combined record of 6-18.

With that said, I am convinced that this time around Freeze has laid a foundation that can last. At the same time, there are no excuses this season for the program not to take the next step — in my opinion, the next step for the Rebels is to win 10 games in 2014. 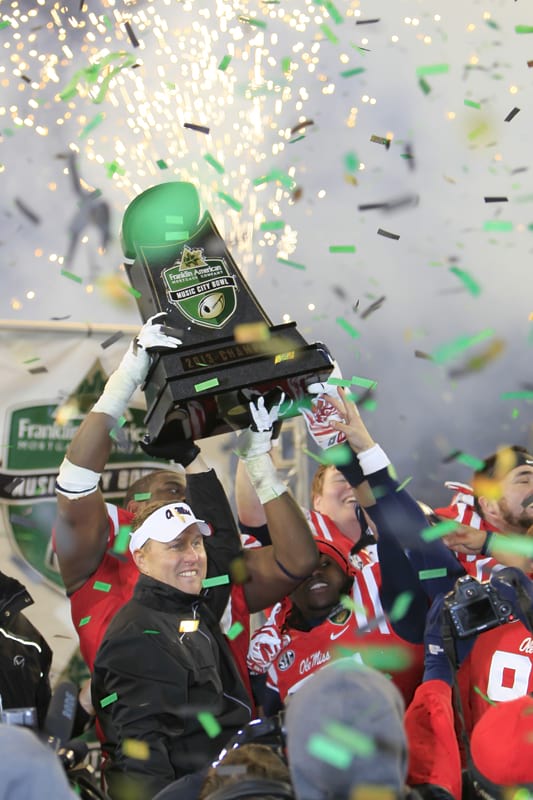 When breaking down a schedule prior to the start of a season, I divide the games into four categories according to the odds of said team winning each individual game: done deal (90% or higher), probable (75%), possible (50%), and long shot (25% or less). Ole Miss has two games that qualify as a done deal (Memphis, Presbyterian), five games that are probable (Boise State, Vanderbilt, Louisiana, Tennessee and Arkansas), four that are possible (Texas A&M, LSU, Auburn and Mississippi State), and one is a long shot (Alabama). If my analysis is correct, the Rebels would be highly favored in seven games if the season started today. If they hold serve, they would only need to win two of the remaining five games and a bowl game to reach 10 wins for the season.

Based on this reasoning, anything less than 10 wins in the 2014 season would be a bust for Hugh Freeze and company. His early success has been commendable, but long-term success requires 10-win seasons in the SEC.

Some might argue that nine wins would be a successful year for Ole Miss. However, consider that of the five games listed as possible or long shot, three of the teams (Texas A&M, LSU and Alabama) are breaking in a new quarterback. The two others (Auburn and Mississippi State) give the Rebels a home-field advantage in Oxford at Vaught-Hemingway Stadium, and we know road wins in the SEC are rarely easy.

The Ole Miss football program has only registered one 10-win season in the last 40 years. Freeze has a talented roster, a doable schedule, an athletic defense and an experienced quarterback. If this season plays out as it should, the Rebels will again reach that elusive number in what could be the first of many 10-win seasons under Coach Freeze. – RN

GET YOUR OFFICIAL “FINSUP” SHIRT AND DECAL HERE. 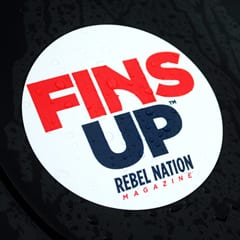