SEPTEMBER 24, 2014 – First of all, I love the emotion of college football. I’m not the biggest stat guy or someone who can breakdown an offensive or defensive scheme. I enjoy the pageantry and atmosphere that I get to witness on campus on a fall day in Oxford. This weekend tens of thousands of you will make the trek to Oxford to watch the 10th Ranked Ole Miss Rebels take on the University of Memphis. I can hardly wait myself.

The motto over the past 2-3 years that’s caught on at Ole Miss is the phrase “Lock The Vaught.”

So, what does that actually mean? To me, it means let’s jam that stadium so full of people you’d need some type of lube to get out of your seat to get to the bathroom or concession stand. 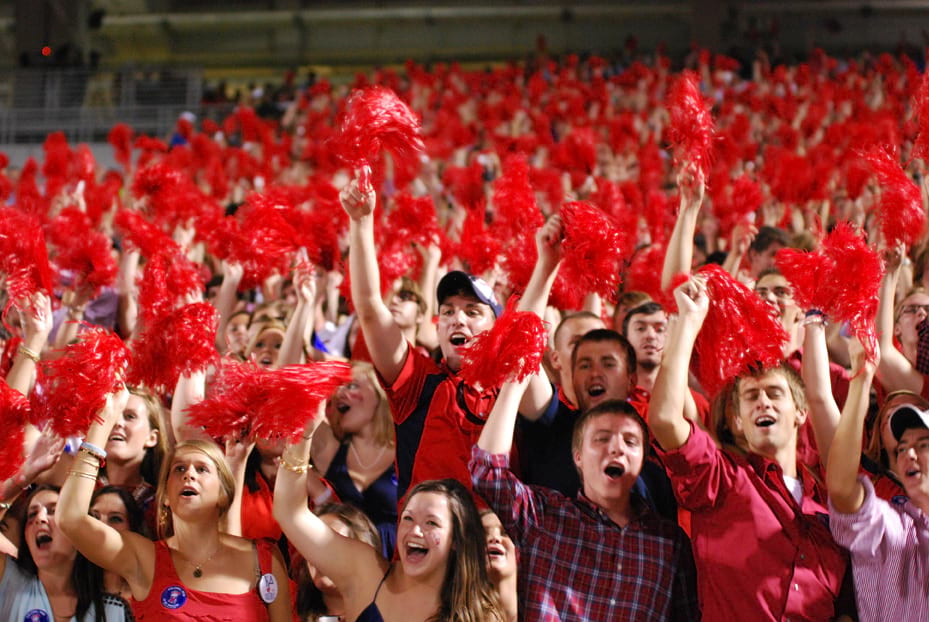 Let’s be honest, VHS is not the biggest stadium in the SEC, but we sure can be one of the most intimidating. So why aren’t we? Listen, you all are going to witness an event that everyone in attendance lives for 365 days a year and we only get to do it in person 7 or 8 times during that stretch. Win or lose, why not make each game an event you’ll never forget?

Remember, your ARE at a football game. it really is OK to yell and scream and have fun while you’re there. Don’t worry about what the people around you think. Your excitement may spread to the person next you and then the next and the next and so on. There’s is nothing to be embarrassed about. Really. It’s FUN!

What make places like Tiger Stadium and Bryant-Denny Stadium so intimidating (besides the 100,000 plus in attendance) is how the crowd gets involved in the game. In every play. I know it’s just as much of a passion for Ole Miss fans as it is for their fans. So lets act like it. We don’t have to paint our bodies and wear crazy costumes like some fans do, but I wouldn’t be opposed to seeing that. That’s part of the pageantry of college football.

Yell like hell! All the time. Not just on third down, but on every down. I promise the “Landshark D” will feed off of it (see what I did there?). Quite honestly, when the jumbo-tron has that noise meter on the screen at certain times of the game to try and get people to “be loud,” the little meter barely moves. It’s actually a little embarrassing.  We need that meter to hit the red every time.

You all have been to enough games (home and away) to see how crowds react to certain situations in a game. Just do the same thing you’ve seen them do. No one around you cares. People don’t think about you as much as you may think they do. So don’t worry what they think. 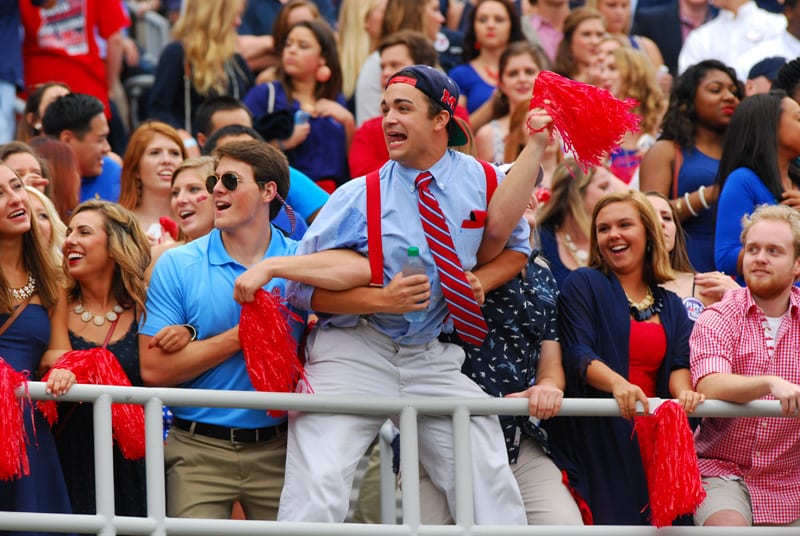 Honestly, I can’t believe I have to even write something like this. I feel that VHS can become a really intimidating place for opponents to visit. Don’t let them think they are at the Country Club. This is football, not golf. It’s all about being rowdy, supporting the Rebels the best you can and having FUN!

When Bama comes to town or LSU, it’s a totally different environment. We should be the same way at every game regardless if it’s the Tide or the Tigers. WE HAVE A TOP 10 TEAM right now. Let’s show these guys the support they deserve on every down. Don’t let the player’s wave their arms to tell us to “get up.” Let’s JUST DO IT!

This Memphis game weekend is a bigger game than just whipping up on our neighbors to the North. This weekend will be dedicated to our own Roy Lee “Chucky” Mullins. We will all be honoring his legacy. There should already be a unique vibe among Rebel Nation already. It should carry on until Saturday at 6:30pm. Let’s celebrate Chucky with a win and one rowdy night of football. I’m sure he’ll be looking down and cheering himself. Saturday night should be magical. Just look at what’s on the horizon on October 4.

I work on the sidelines during games and I can tell a difference in the noise level throughout the game. I can feel the electricity and/or lack thereof while I’m down there. I know the players can feel it too.

Don’t worry about the Grove, it will still be there AFTER the game. If you are going and are just planning to hang out there during the game, sale or give your ticket to a Rebel who wants to go and might couldn’t go otherwise.

I’m only trying to help fire some of you up. We do have a lot of fans who like to raise a little hell, but we also have a lot who just sit on there hands most of the game. We ALL need to join together to ‘LOCK THE VAUGHT.” I promise you you’ll see a difference on the field. And heck, you might even have fun!  Whaaat?