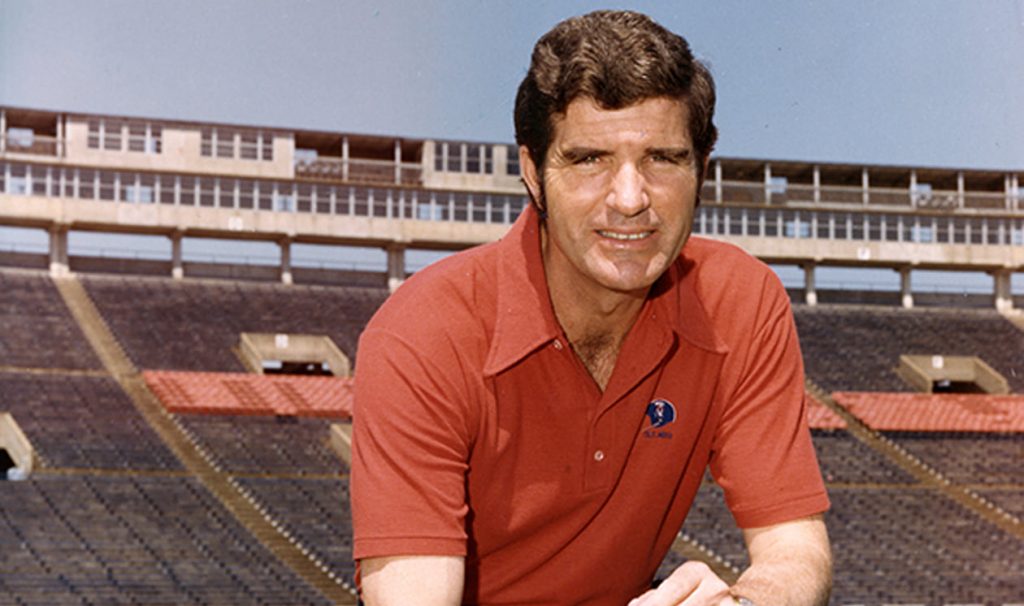 OXFORD, Miss. — Ken Cooper, 80, who led Ole Miss to one of its most memorable football upsets, a 20-13 victory over eventual 1977 national champion Notre Dame, passed away Tuesday, May 30, 2017 in Savannah, Georgia.

A Celebration of Life is scheduled for Sunday, June 4, at Hodgson Chapel, located at 7200 Hodgson Memorial Drive, Savannah, Georgia, with Fox & Weeks Funeral Directors in charge.

Cooper served as head coach of the Rebels for four seasons (1974-77), taking over the position from Ole Miss legendary coach John Vaught, who had come out of retirement when a 1-2 start of the 1973 season resulted in the firing of head coach Billy Kinard.

Prior to his selection as head coach, Cooper had served as Kinard’s offensive line coach three years and remained in that position as Vaught completed the 1973 campaign.

Cooper was 21-23 during his four seasons at Ole Miss and was selected as the unanimous Southeastern Conference Coach of the Year in 1975 when the Rebels went 5-1 inside league play for a second place tie in the conference standings.

Cooper, who played end for Coach Wally Butts at the University of Georgia (1955-57), joined Kinard’s Ole Miss staff in 1971 after having served eight years as an assistant coach at Georgia (1963-70) under Johnny Griffith and then Vince Dooley.

Notre Dame rebounded from the stunning loss to the Rebels by finishing 11-1, including a victory over unbeaten Texas in the Cotton Bowl to claim the national championship.

With a coaching and business career which spanned five decades, Cooper left the coaching ranks when he was only 41 to become a BellSouth corporate executive.  He was with BellSouth for 22 years before retiring in 1999.

After settling in Savannah, Cooper served as offensive line coach for 12 years at the Benedictine Military School.  He had also coached the Benedictine tennis team since 2004.  Cooper and his wife, Teresa, had three children and resided on Skidaway Island, Georgia.