The Mystique of Oxford and Ole Miss 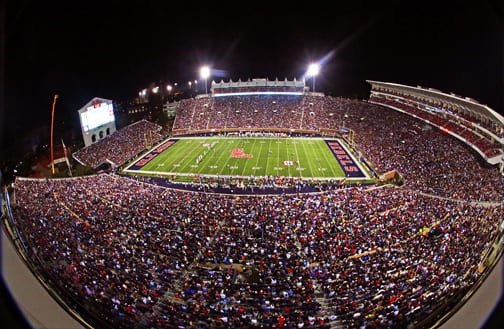 Way down south lies a town, university and campus that have come together to create one of the most surreal, storybook settings across the entire collegiate landscape.

It’s through this collective effort that Ole Miss has achieved such an endearing, enduring mystique.

To many graduates like my wife and myself that decided to stay and raise a family in Oxford, there’s something undeniable about the charming small town that just makes it very special. The late Frank E. Everett Jr. described what Ole Miss means to so many as well as words allow:
There is a valid distinction between The University and Ole Miss even though the separate threads are closely interwoven. 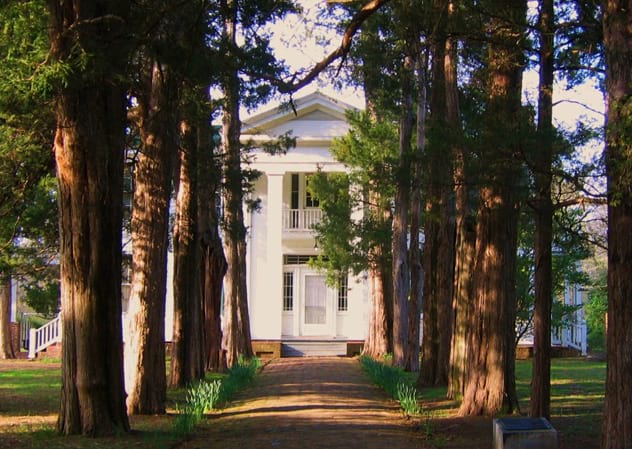 Tracing the Beginnings
Incorporated in 1837 on land originally inhabited by Chickasaw Indians, the land upon which Oxford sits was conveyed to Lafayette County by “early settlers” John Chisholm, John Craig and John Martin whom had earlier purchased the land from “a local Chickasaw Princess named Hoka.”

It was just one year earlier that Lafayette County had been established by the state legislature and named in honor of Frenchman Marquis de Lafayette, who fought alongside the Americans during the Revolutionary War.  Regarding Oxford, it’s first white settler, Thomas Dudley Isom, is attributed with naming the city such in hopes it one day would be home to a state university.

Today, Oxford is home to the state’s flagship institution: The University of Mississippi.

On November 6, 1848, the University of Mississippi opened her doors. While there were only eighty students in the original class, the 22,286 students across all campus locations in the fall of 2013, 18,423 of those enrolled on the Oxford campus, marked the school’s largest enrollment in history. Among class superlatives was a record-breaking freshman class of 3,579 students and an ever-growing minority population which accounted for 24.1 percent of total enrollment. 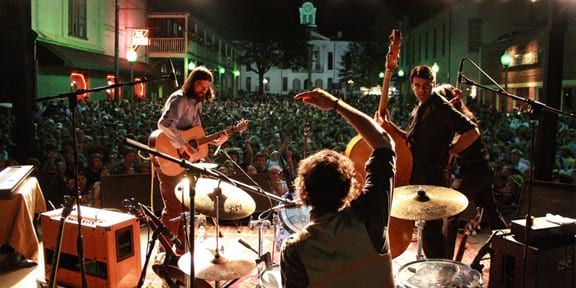 Oxford, Offering Something for Everyone
The charming Southern town shaped by local literary giants like William Faulkner and John Grisham and culinary genius from folks such as renowned chef John Currence, the City of Oxford simply has a little bit of everything to offer its patrons. Without Ole Miss, there’s no Oxford as it’s known today and vice-versa.

Embodied with college spirit and cultural offerings including one of the country’s great small bookstores in Square Books, some of the South’s finest shopping and dining opportunities, world-class theatre at the Gertrude C. Ford Center for Performing Arts, an eclectic music scene on the Oxford Square, premiere Southeastern Conference (SEC) sporting events and a Grove tailgating scene that’s simply second to none, there’s seemingly always something going on in Oxford for both the young and old at heart. 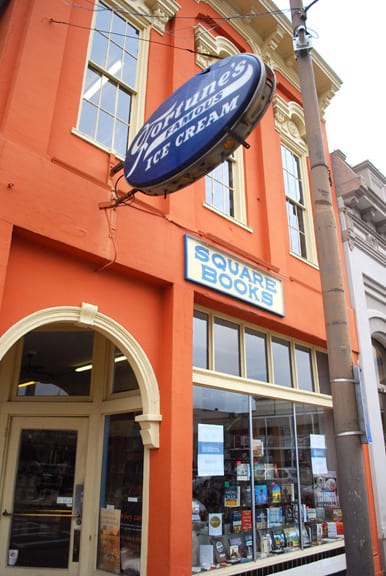 It’s even home to Rebel great and two-time Super Bowl MVP Eli Manning and his family during the offseason. It says a lot about Oxford that Ole Miss’ favorite son, a New York City sports icon with the resources to spend time away from football anywhere in the world, chooses to come “home” to Oxford year in and year out.

It’s no wonder more and more retired couples, established graduates and even parents of current students continue to buy up real estate in the place some call the “Little Easy.” And how could you blame them?

How many other sleepy, southern college towns are able to offer its citizens such a wide array of cultural, dining, athletic, educational and recreational opportunities throughout the entire year?

As rich of an experience as things like touring Broadway shows at the Ford Center and SEC sporting events provide Oxonians, the lesser-known, more homegrown events that help preserve the small town charm are equally as appealing. From the Double-Decker Festival to the Oxford Christmas Parade to July 4th fireworks over Swayze Field to the LOU Summer Concert Series in the Grove, an ongoing, wide array of local events help provide the perfect balance to the larger scale events in Oxford.

Year in and year out, incoming freshmen join the student body and instantly fall in love with the school.

It’s this continuing cycle, along with the matriculation cycle, that breeds a continual passion for all things Ole Miss by everyone that is fortunate enough to pass through her doors. And it’s hard not to become enamored after spending time on a college campus that truly looks like something out of a movie, both in terms of the living history and sheer beauty of the buildings, landscape and women. 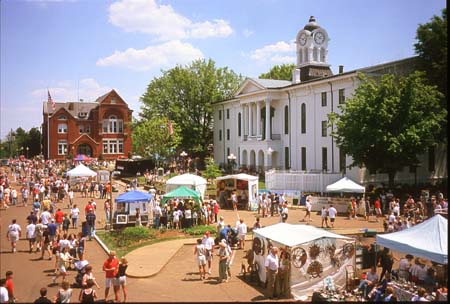 While most public institutions draw significantly higher percentages of in-state freshmen each year, things are a bit different on the Oxford campus. In the fall of 2013, over fifty-percent of the freshman class was from out-of-state. But, what is it exactly that leads so many non-resident parents to send their kids to Ole Miss and pay out-of-state tuition when they could stay in-state and pay less tuition?

Herein lies the answer to what gives Ole Miss so much of her mystique.

In fact, many years ago, I was one of them.

Having grown up in Memphis, TN my entire life, when it came time to consider colleges, I knew little to nothing about Ole Miss. Having already visited a couple of other SEC schools, I decided to take one final trip with my family. The trip was to Ole Miss. 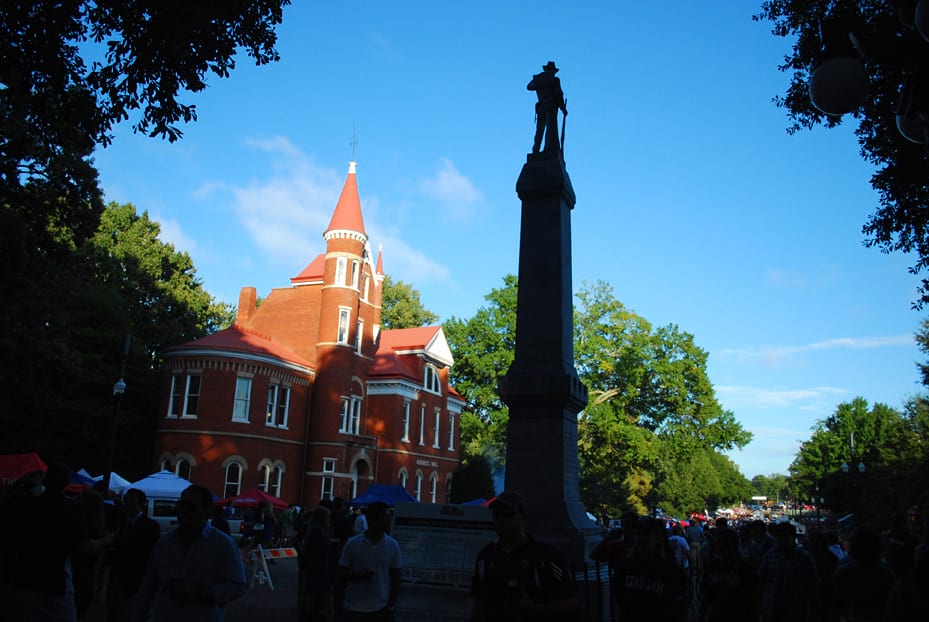 The campus was breathtaking and gave off a small, private school feel. Class sizes were relatively small, as was the campus itself. As appealing as these attributes were, something much bigger drew our most attention: the people at Ole Miss.

It wasn’t just the tour guide or random student we spoke with in passing. Instead, it was nearly everyone.

Each student, along with each faculty and staff member with whom we spoke was hospitable and instantly made us feel like part of what they kept calling the “Ole Miss Family.” As great as everything else was on campus, it was absolutely the personal, caring touch of the Ole Miss people that led me to become an Ole Miss Rebel.

As for my parents, sending their first child off to college and preparing to pay out-of-state tuition, they simply felt comfortable knowing their son would be at a place where the faculty and staff genuinely cared for their students and where students received the personal, hands on care that any parent would want for their kids.

Now, some fifteen years after I began classes as a freshman in the fall of 1999, I’m proud to have married an Ole Miss girl, been hired as an Ole Miss staff member and have begun a life for my family in such a special place.

Many close to the University claim, “If we can get students to make a visit to campus, that’s all it will take.”

And they’re spot on. 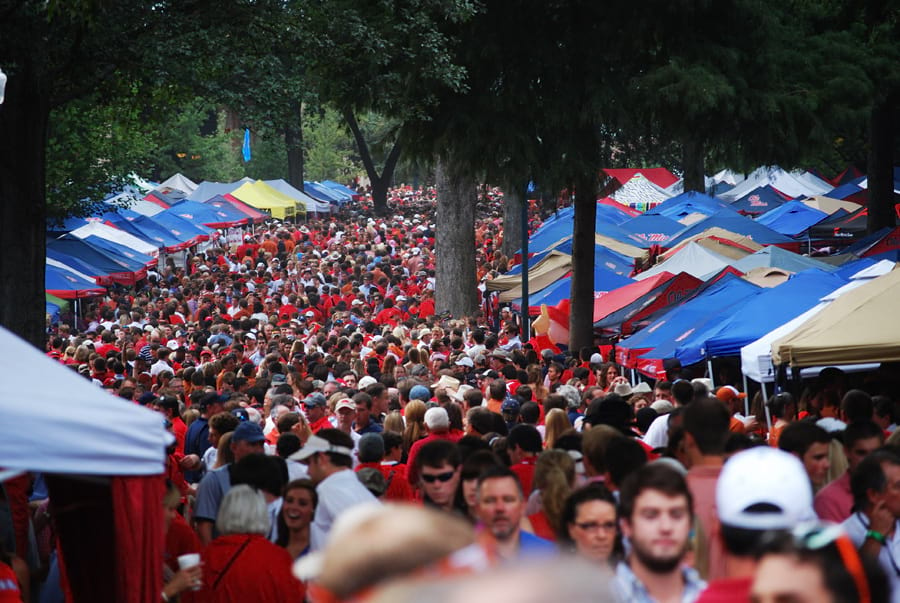 And the scene that unfolds across six or seven Saturdays each fall is a defining aspect of Ole Miss’ mystique.

Love or hate the game of football, a trip to the Grove is an experience in and of itself. Ole Miss fans like to say, “We may not win every game, but we ain’t never lost a party,” and that’s the truth.
Spread across approximately 10 acres of a picturesque southern backdrop, in the heart of the Ole Miss campus, lies the Grove. Originally preserved as a recreational area during the reign of former Chancellor Robert Burwell Fulton, today the Grove at Ole Miss is the nation’s finest tailgate venue.

Whether a lifelong Grove patron or a Grove virgin making an initial visit to the tailgating mecca, what actually happens during the game itself has little impact on the southern hospitality folks enjoy during their Grove visits. To many sports fans across America, a trip to the Grove sits atop their “bucket list.”

That’s what makes the Grove experience such a special one. Whereas it’s hard for a non-Ole Miss student to comprehend the experience of being a student on the Ole Miss campus, anyone across the globe can soak up the Grove experience. And the invitation is a standing one, with routine Grove-goers always looking for first-timers to welcome into their tents and share stories.
But what is it about the Grove as a tailgating venue that adds to the Ole Miss mystique?

It’s anywhere from 25,000 to 100,000 folks from all walks of life coming together on a Saturday for a shared experience in the heart of the Ole Miss campus. There are tents as far as the eye can see, and a wide range of table décor inside tents from simple to simply amazing. Standing under timeless, majestic oaks, sharing food, drink and friendship with relative strangers, a day in the Grove is cause for celebration.

From preserving the literal landscape of the Grove to ensuring tens of thousands of college football revelers enjoy a safe tailgating atmosphere, a great deal of time and energy goes into turning a tranquil Grove across the spring, summer and winter into a fall playground for the masses.

And the Grove wouldn’t be the Grove without a host of special gameday rituals and rites of passage that set the Ole Miss tailgate apart from even its strongest competition. The sights, sounds and feelings of pregame in the Grove, from the goose bumps attained watching coaches and players stroll down the Walk of Champions to the soulful sounds of The Pride of the South Marching Band to near endless chants of “Are You Ready?” and all that follows, are as integral to the experience as anything else. 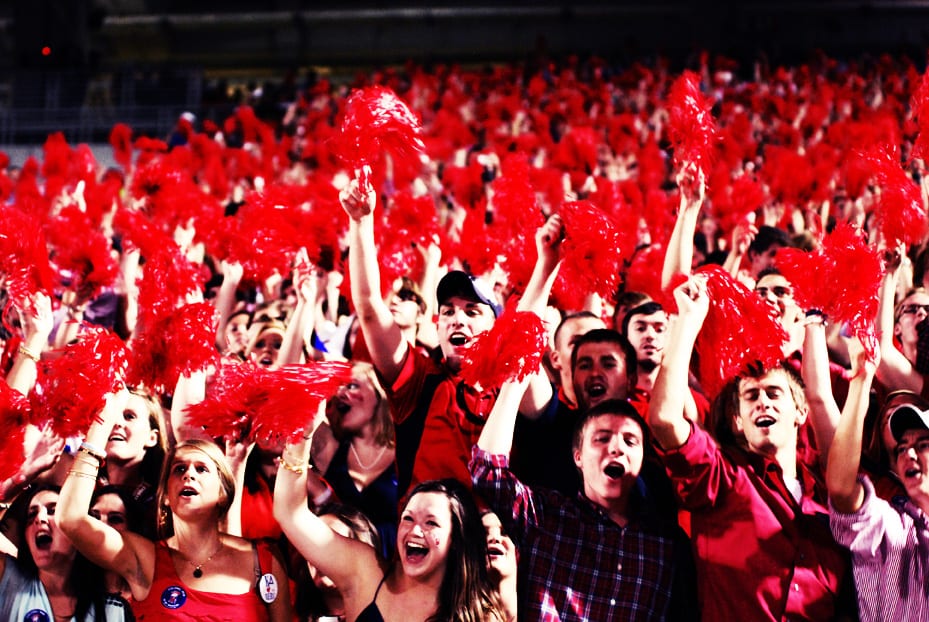 That Ole Miss Mystique Continues to Grow
As much as has been written in regards to what helps give Ole Miss such a special mystique, a great deal of the defining characteristics come from individual experiences.

Just as I began to feel Ole Miss mystique during my first visit to campus, falling in love with the buildings, landscape, family-feel and more, others cultivate their own feelings about what makes Ole Miss so great after experiencing time on campus themselves.

It’s through these continued personal experiences and stories that the legend of Ole Miss continues to grow in magnitude and stature across the country. Just as history and stories used to be passed down from one generation to the next through oral tradition, the same holds true for the Ole Miss mystique.

With each new student, parent and visitor that steps foot on the Oxford campus, new experiences take place which further grow and more firmly supplant the Ole Miss mystique into something greater than it was before.

There’s something truly mystical and magical about Ole Miss, and I wouldn’t wish it be any other way. – RN

THIS IS JUST A SAMPLE OF THE TYPES OF STORIES YOU’LL READ IN REBEL RAGS MAGAZINE. DON’T MISS AN ISSUE!!!! CLICK HERE TO SUBSCRIBE TODAY!