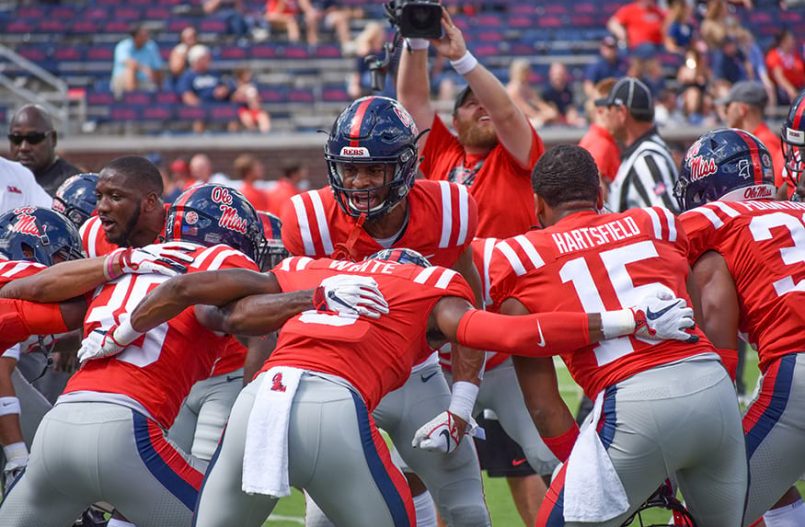 The Rebels will open the season on the road at Memphis (Aug. 31) before hosting Arkansas in its SEC opener (Sept. 7).

After the Razorbacks visit Oxford, Ole Miss continues its stretch of three straight home games as the Rebels will host non-conference opponents Southeastern Louisiana (Sept. 14) and Cal (Sept. 21). Ole Miss will play seven games at Vaught-Hemingway Stadium for the 13th consecutive year since the regular season expanded from 11 games to 12.

Ole Miss will wrap up the month of September with a visit to Tuscaloosa to take on Alabama in an SEC matchup (Sept. 28).

The Rebels open the month of October hosting Vanderbilt (Oct. 5) followed by a trip to Missouri (Oct. 12). It’ll be Ole Miss’ first trip to Columbia, Missouri, since 2006. A home matchup against Texas A&M (Oct. 19) closes out the month before an open date (Oct. 26).

A road game at Auburn (Nov. 2) opens the final month of the season before back-to-back home games against New Mexico State (Nov. 9) and LSU (Nov. 16).

Following Ole Miss’ second open date of the season (Nov. 23), the Rebels travel to Mississippi State Thanksgiving Night (Nov. 28) in the annual Battle for the Golden Egg to close out the regular season.

The 2019 season will culminate with the SEC Championship Game in Mercedes-Benz Stadium in Atlanta on Saturday, December 7.  It will be the 28th edition of the game and the 26th in the city of Atlanta.