Rebel Fans, it’s Time for you to Open Your Wallets 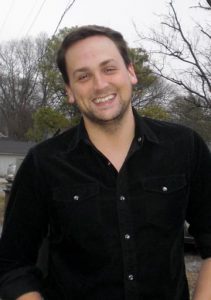 There’s a long held story around the SEC about South Carolina. In the time before the Southeastern Conference expanded with Texas A&M and Missouri, fans would armchair the decision to add Arkansas and the Gamecocks back in 1992 and ask why exactly the league took historically moribund USC.

The story goes that, even amidst a wicked two year conference losing streak (1998-’99: 1-21 overall, 0-16 SEC), the Gamecocks sold out every single home game they had. It’s technically true – thanks to season ticket sales figures and not actual head counts – and long before Steve Spurrier elevated USC to a perennial SEC East power, it was that story alone that other SEC fans relied on to accept South Carolina as one of their own.

If you’re an Ole Miss fan smarting over that particularly ugly, poorly played Egg Bowl loss to Mississippi State, understand that it’s time – right now – to open up that wallet if you want to see the Rebels make that next step.
The power of a university’s consumer base carries a disproportionate strength to several key outlets responsible for publicizing and rewarding college football teams – networks, bowl committees and apparel manufacturers. As you read this, the last college football season played under the tyranny of the BCS is winding to a close, but the bowl system is stronger than ever.

Case in point: Ole Miss and Boise State kicking off 2014 in the Georgia Dome on national television. The Rebels and Broncos are part of the Chick-Fil-A Kickoff Classic, a contract signed years ago (and once adjusted in 2010 because the Rebels weren’t competitive enough) that puts the strength of Ole Miss’ fan base to the test – can the Rebels, with a minor amount of help from the good people of Idaho, sell out a venue as big and important as the Georgia Dome?
Since the inception of the modern corporate neutral site college kickoff games, those SEC teams chosen to play in Atlanta, Dallas and Houston have largely hailed from the upper-tier of the conference – LSU, Alabama, Georgia – because of their appeal to national viewing audiences and because of their fan base’s ability to willingly buy-out NFL stadiums and fill hotel rooms.

Can Ole Miss do this? It’s possible, certainly – we’re not talking about a fan or alumni base that’s Sewanee-sized, and Rebel fans just love to tell stories about drinking Dallas dry in back-to-back Cotton Bowls.

But there’s a solid chance Ole Miss could enter Atlanta on a three-game losing streak. As of press time, the Rebels haven’t yet played their bowl game vs. Georgia Tech. The Rebels have a solid chance to defeat the Yellow Jackets, but let’s say for argument’s sake that it doesn’t happen. How much of that now-legendary Gamecock fan spirit is in Ole Miss?

It’s completely within reason to call Ole Miss vs. Boise the second biggest game in Ole Miss football’s modern history, behind only the failed chance to win the SEC West vs. LSU in 2003. Certainly the Broncos don’t carry any of that importance, but the game itself will serve as a de facto kickoff to the 2014 season, and will almost certainly be played on a weeknight, with most of the nation watching.

The game won’t matter in the SEC standings, and losing it won’t derail any long term plans Hugh Freeze has or deflate the fan base. But for a nation of casual viewers, and more, importantly, board rooms of bowl executives, TV networks, licensing agencies and advertisers, there will be a heretofore unseen focus on the Ole Miss Rebels.

This game is routinely a sell out, as are the kickoff events in Dallas and Houston. Mississippi State and Oklahoma State fell far short of a sellout in Houston’s Reliant Stadium for their season opener, and officials took note. It’s worth noting that for Ole Miss’ game, the Rebs and Chick-Fil-A won’t have the luxury of another BCS level fan base to rely on, plus Atlanta is a long distance from Boise.

Say the Broncos max out and bring 10,000 fans to Atlanta. That’s a big number, but BSU has become something of a outsider power over the last decade and subsequently built a stronger following. The Georgia Dome’s capacity of 74,228 means that Ole Miss will basically have a whole Vaught-Hemingway to go in order to fill the arena.

That’s a big task. As of this moment, fans in Oxford and around the state are clamoring for stadium expansion, but ticket sales have never, ever reflected sustained demand that would warrant such a move for anything other than vanity and curb appeal. But filling out the Georgia Dome would be a very big vote of confidence towards expanding VHS.

The other inherent truth here is that the rest of the conference – mainly its elite programs – and the nation don’t view Ole Miss as a major player. I say this as a graduate of Ole Miss who hails from a SEC “power” state (Georgia) and who also covers college football on a national level.

There’s a twofold manner in which a program can change that opinion: Win on the field (you, dear reader, likely can’t help with that) and create a fiscal presence inside the college football community.

Ole Miss can’t become Southern Cal or Michigan, but even sitting in an overwhelmingly poor and thinly populated state, they can still create a brand. By today’s standards, Nebraska is the worst place in the world to put a college football program – it’s cold a lot, it’s landlocked and far from major cities, it has no inherent recruiting advantage with local talent and it has no TV market to encourage networks to air their games for ratings or large state population to create instant sidewalk alumni.

Yet if I had to promote a bowl game on Mars – or Alaska – I’d call the Huskers, because their fans travel in unwavering numbers. I’d also call Boise State, because the Broncos have created a unique, exciting brand of football (blue field or not) that TV viewers have consistently tuned into see.

Any fan of any program who is committed to elevating his or her school’s name brand can follow this advice. It’s not unique to Ole Miss, but in recent years (the nadir of Ed Orgeron and the collapse of Houston Nutt) it’s ignored – you HAVE to show up. You have to buy tickets. You have to reserve hotel rooms, buy the merchandise and show the boardrooms that the team you love is worth loving back. – RN