A Sneak Peek Inside the May/June Issue Coming Soon

The May/June issue of Rebel Nation Magazine™ is in production and will mail out to subscribers later this month and hit stores the week of May 1st. Here’s a taste of what you can expect! Don’t miss it! It’s ALL Ole Miss from Cover to Cover!

These days, the wide world of sports is often fraught more with controversy and political drama than with events on the field. As much as many would wish that our discussions of sports would stick to the X’s and O’s, an increasing amount of what we hear and read concerns the off-the-field activities and decisions of owners, coaches, and athletes. Some of this, to be sure, has to do with the agenda and values of the media, who seem to inject ideology into everything, including sports. But at least part of it is that sports are a microcosm of life.

Enter Coach Hugh Freeze, who has an interesting take on what he does…

RN: Can you briefly explain what the “Fan Experience” division of Sports Marketing actually entails?

JL: Fan Experience in the athletics department is a pretty large umbrella and not limited to just the staff members in the Marketing & Fan Experience Department. Our fans are vital to our overall success, and their experience at our events is a top priority. That means everything from their arrival (on-campus parking or shuttle service) to their Grove experience, entry into the game, concession service, music selection, video board content, their experience leaving the game, as well as countless other areas factor in. This takes an incredible number of people and resources from various areas in Athletics, the University, as well as the City of Oxford. In our area, we try to serve as coordinator and tie the appropriate people and areas of responsibilities together to achieve success. 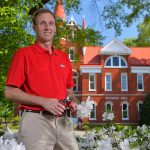 Jeff McManus, whose expertise in landscaping has gained The University of Mississippi accolades of being named “The Most Beautiful Campus” by a number of national publications like Newsweek in 2011, The Princeton Review, and most recently, last fall, in USA Today’s Readers Choice competition.

As a professional landscaper based in Oxford the past 17 years, McManus first began working for Ole Miss in 1999.

“Then-Chancellor Robert Khayat requested some funds earmarked for campus beautification,” McManus recalls, “and he wanted to take our campus to another level. After a nationwide search, he ended up picking me!” he laughs, “and it’s been a great professional experience ever since.”

Will the NCAA ruling on Ole Miss be equal to others who have committed similar or even worse offenses, or are they out to make an example of Freeze and the Rebels?
By Acey Roberts, Contributing Writer

There is a simple reality we must face as fans of a small market school in a monster college football conference.  The rules don’t always apply equally to every school.  Some teams get a pass from the NCAA, and some teams pay the price.

If you are on a championship pace and making the conference a lot of money, potential violations and investigations can get put on the shelf and minimized. If your star QB is signing autographs for cash or his daddy is shopping his services to the highest bidder, sometimes the SEC just has to turn a blind eye for the good of the conference. And if boosters get real wild, the SEC can always pound on MSU or Ole Miss to make an example for Alabama and LSU.

That should teach ‘em a lesson!

Putting In The Work

D.K. Metcalf learned from his parents at an early age that hard work pays off
By Parrish Alford, Featured Writer – Daily Journal, Tupelo

Playing the “what might have been game” is often a fool’s errand.

Athletes deal with disappointment by playing the next play, the next game, the next season. It’s how they’re conditioned.

Sometimes, though, the scale of early achievement makes the errand worth the time investment. It is with Ole Miss wide receiver D.K. Metcalf. 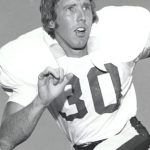 Former Rebel All-American talks about his days on the gridiron, the Ole Miss defense, and life in the Radio booth
By John Davis, Featured Writer – Oxford Citizen

Ole Miss football has been in the heart of Harry Harrison for over five decades now. Harrison was not only an All-American safety for the Rebels, but he is currently following the team as a member of the radio crew.

His color analysis, alongside the play-by-play of David Kellum, has been a staple on the air since 2002. The gig keeps Harrison involved with the program, and up to date with all the current trends.

“It’s funny, but when the new guys, the freshmen, come in, they look at you like ‘Who is this old guy?’” Harrison said. “They see me at practice and on the plane and the bus, and eventually they loosen up when they are juniors and seniors. All of sudden they realize you’re a part of the program and start talking to you.” 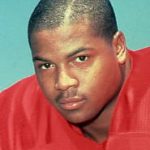 WHERE ARE THEY NOW?: Jeff Herrod

Despite injuries and trauma, former Rebel LB Jeff Herrod says he’d do it all over again
By K.L. Williams, Featured Writer, OleHottyToddy.com

“No doubt.” There is something about that phrase that signifies absolute fact. When those words are said, it is meant to remove any question of uncertainty. It’s a call of surety. It’s used to inform the hearer the facts that are being discussed are without question or query.

The life of Jeff Herrod is one that embodies “no doubt.” He is long removed from terrorizing opposing offenses in Vaught-Hemingway Stadium. He was the leader of one of Coach Billy Brewer’s most dominating defenses. He was not just a vocal leader. His play on the field set the tone for his fellow Rebels. Herrod was the lynchpin that held it all together. That is why now it seems unfair that such a powerful, tackling machine has trouble simply walking down the hall of his own home.

However, at one time there was no doubt who was the best linebacker on the football field. Herrod may not have realized how dominating he was, but the rest of the SEC knew. In fact, they never forgot. “I didn’t even realize I led the league in tackles until I was nominated for the SEC Legends Award,” Herrod remembered. That award came 26 years after his stellar college career. 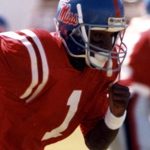 WHERE ARE THEY NOW?: Willie Green

Way before Willie Green ran past defenders in the SEC at Ole Miss; he was dodging fans in stands selling concessions at Georgia’s Sanford Stadium. It would seem strange that a player that grew up on the outskirts of Athens, Georgia, and played high school ball with Vince Dooley’s son Derek, wouldn’t be a Bulldog, but that’s how it all turned out. And the Ole Miss Rebel fans are grateful for it.

“Even though I played right down the street from (Sanford) stadium and used to sell Cokes when Herschel Walker was there, they did not recruit me highly at Georgia,” Green said. “I ended up going to a prep school in Sweetwater, Tennessee called TMI Academy. I was initially supposed to sign with the University of Tennessee. I took my visit down to Ole Miss, and I took another visit. When I got to Ole Miss, and I looked at the roster and the only receiver they had was J.R. Ambrose and I looked at the receivers at Tennessee and they had eight on the roster, I was convinced I could come to Ole Miss and play as a freshman versus going to Tennessee and maybe having to sit and redshirt a year.”

They Can’t Take Being A Rebel Away From Me

Commentary by K.L. Williams, OleHottyToddy.com
If a mood had a smell, the scent in the area of our beloved campus would be of suppressed inferno. The smell of singed trees and charred buildings. The mood smells of devastation and despair. As if everything that we worked so hard to build was set a blaze by somebody who didn’t put out his fire before he left. Or by some little jerk that through a lit cigarette out of a new Yukon. This mood was created by a NCAA Investigation that lasted longer than some marriages.

Every pundit and sports blogger have tried to give a definitive analysis on the expected punishment for the alleged malfeasance committed by the Ole Miss football program. Everybody with an @ by their name believes they know what the outcome will be. No one knows.