Home Share Tweet
Next Story The Start of the Journey: Year One Under Hugh Freeze
Featured Articles 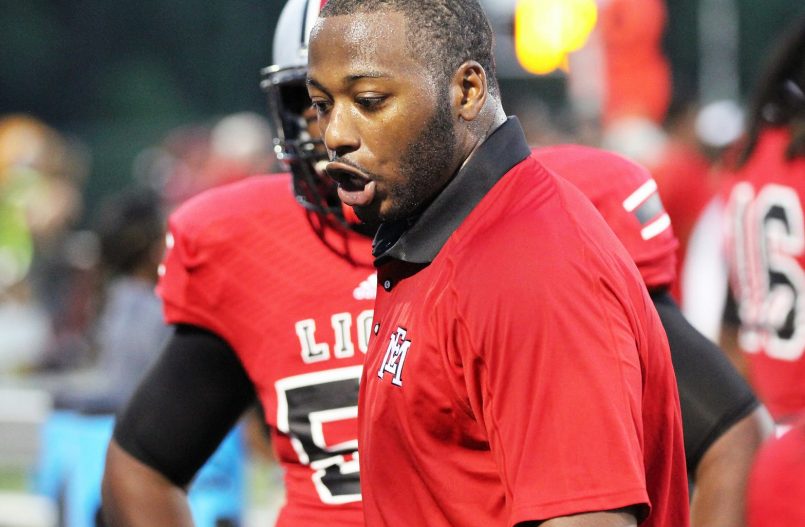 C.J. Johnson was committed to Mississippi State in January of 2011. He had been committed to the Bulldogs for a long time and was only months away from signing a letter of intent to spend his college years in Starkville.

Then, one afternoon at the Army All-American game in Texas, the Philadelphia, Miss. native changed his mind, as all 17-year-old kids are allowed to do.

Then MSU defensive coordinator Manny Diaz had taken the job at Texas. Then MSU wide receiver’s coach Mark Hudspeth went to Louisiana-Lafayette. Johnson de-committed from State. He wasn’t going to spend his college years in Starkville any longer. He wasn’t sure where he’d spend them yet, but it wasn’t going to be Starkville.

The kid that was committed to MSU for more than two years no longer was. The kid that got in trouble at the 2010 egg bowl, and had his lanyard ripped from his neck in Oxford was no longer interested in MSU.

“I went out to the US Army All-American game, and things started to change,” Johnson said.

Then it happened. He said that he wanted to stay in the state to play football, and he stayed true to that word. He

signed with Ole Miss on signing day. A kid that that had for so long intended to play football at Mississippi State was going to go 90 miles north and play for their hated rival.

“I took a lot of heat for going to Ole Miss,” Johnson said. “People at home weren’t necessarily mad that I de-committed from Mississippi State, but they were mad when I signed with Ole Miss.”

He went to Ole Miss in the fall of 2011. He didn’t start his first few games as a Rebel. Ole Miss went 2-10. The dream of coming in and building a championship program in Oxford for such a heralded 2011 recruiting class looked bleak. It looked dim. It looked, frankly, unrealistic.

“We just didn’t have any answers,” Johnson said. “We thought it was the end of the world because it was all we had seen. We just thought that there was no way that we were going to be able to do anything.”

Johnson said he, among others in that recruiting class including Donte Moncrief, thought about transferring after the horrific 2011 season that led to the firing of Houston Nutt.

“Coach Nutt told us to go through the spring to see if we liked it, and if we didn’t like it then to transfer,” Johnson said. “We had a good spring. We all just gutted it out.”

After the 2011 season, Ole Miss wasn’t where they needed to be on the field or off the field. There was a serious talent gap between the Rebels and their rivals. There were off the field issues that included severe academic problems throughout the roster.

Hugh Freeze changed that. He recognized, and addressed, the problems that had plagued Ole Miss off the field, and the Rebels only lost two players to grade casualties going into the 2012 season. That, in and of itself, was a minor miracle. 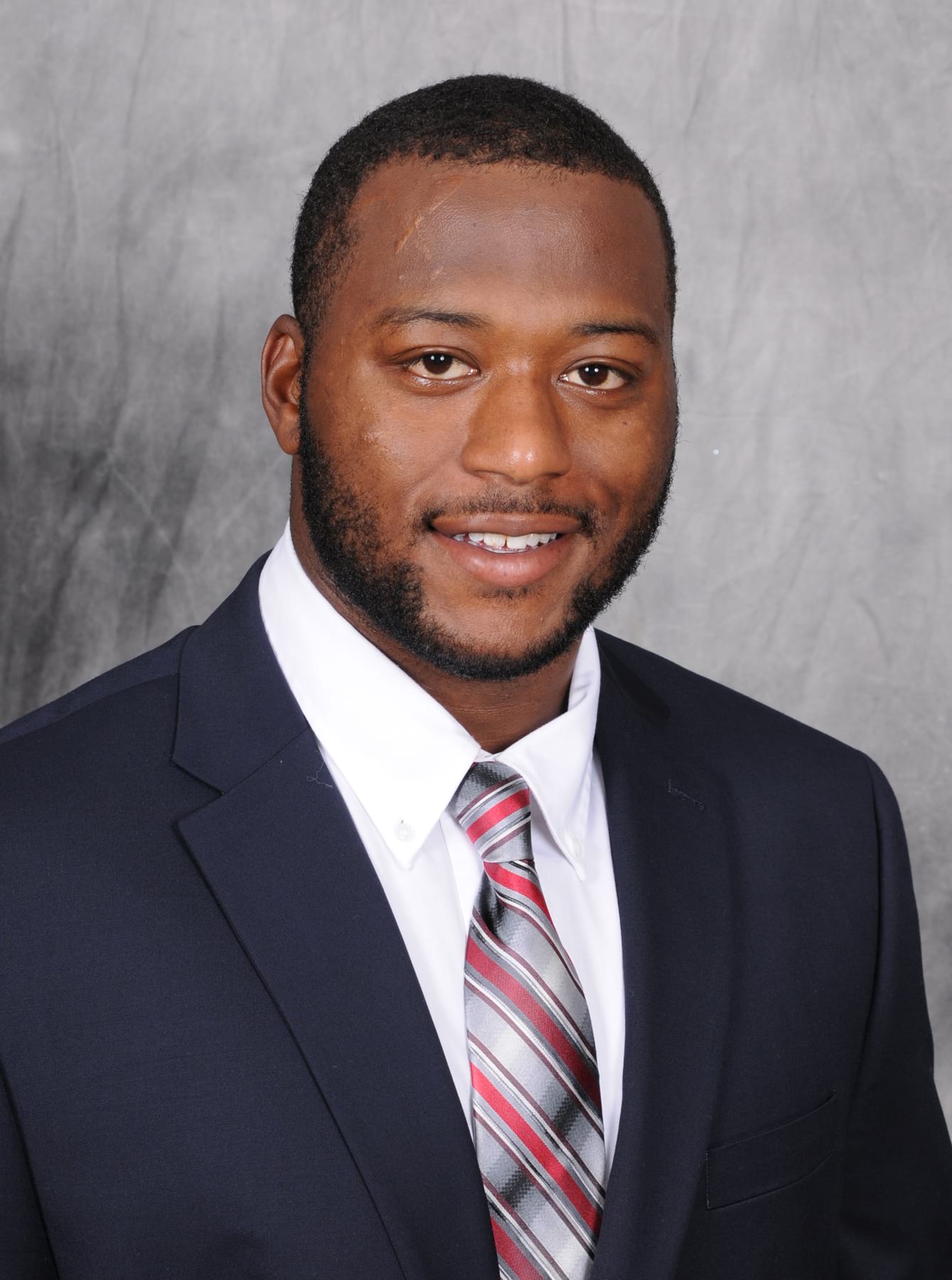 “Guys felt like they had to be more accountable under coach Freeze,” Johnson said. “When Coach Freeze got there he held everybody accountable and made sure that everybody was doing what they were supposed to do.”

Freeze addressed the severe academic issues and didn’t allow attrition to plague his football team. The reality was, however, Ole Miss wasn’t talented. They weren’t supposed to be a good football team. At its core, it was the same team that had won two games the year before and lost 30-7 to Vanderbilt.

They were picked to finish last in the Southeastern Conference. They didn’t finish last. They won six games, including a victory over Mississippi State that propelled them to their first bowl game since 2009. They beat Pittsburgh in the Birmingham Bowl, a win that put the bow on top of a season that rejuvenated an apathetic fan base.

“We just wanted to play hard that year,” Johnson said. “We were just happy to get to a bowl game. Everybody was pissed off about the year before, and we had to do something about it.”

Johnson missed the 2013 season and received a medical redshirt. He was coming off a stellar 2012 season where he had 55 tackles and 6.5 sacks. He admitted that he expected 2013 to be his last season at Ole Miss, as he expected to head to the NFL after that year. That wasn’t how his fate would go.

“It was tough to sit and watch the guys go out there and play,” Johnson said. “It did make me get my life together off the field in case football didn’t work out. Up until then, I didn’t have a backup plan.”

Ole Miss put itself on the map in the 2014 season when they beat number one Alabama 23-17, but the Rebels would suffer heartbreaking losses to LSU and Auburn to put themselves on the outside looking in for the SEC Western Championship.

In 2014, rival Mississippi State’s chances for the Western Division Championship were alive and well. However, the Rebels were mathematically eliminated from winning the West the week before the Egg Bowl.

Ole Miss made sure the Bulldogs didn’t reach their goal, as they beat State 31-17 to move to 2-1 in Egg Bowls under Freeze. They contained and harassed Mississippi State junior quarterback Dak Prescott, and State was never able to get anything going.

“That was awesome for me,” Johnson said. “They may not have won the SEC Championship, but if they had won, they would have had a shot at going to the playoffs. To be able to knock them out of playoff contention after our heartbreaking losses, and for us to go to New Year’s Six Bowl with that win, that was special.”

Ole Miss finished off the 2014 season with a loss in the Peach Bowl, but the Rebels had the pieces coming back in 2015 to make something special happen.

The third week of the season, the Rebels went to Tuscaloosa in search of their first win in Bryant-Denny since 1987. They got it. They beat Alabama 43-37, and Johnson had an interception in the fourth quarter that essentially thwarted Alabama’s chances of winning.

“That was the biggest play of my career,” Johnson said. “When we got that interception, and went down and scored that was pretty much it. We knew then we had the ability to do something special.”

Ole Miss’ 2015 season went up and down. They recorded their first victory in Auburn in 2003. They also lost to Memphis and Florida. The Rebels, however, with three games remaining, were still in control of their own destiny for the SEC West.

They were leading Arkansas 52-45 in overtime, and the Rebels had put the Razorbacks in a fourth-and-25. Arkansas converted after a crazy backward lateral that bounced right into the hands of an Arkansas running back who ran for the 1st down. They scored two plays later, and then added a two-point conversion. It was over. Ole Miss was no longer in control of their own destiny for the SEC championship. They were out of the playoff race.

“That was our chance to get to Atlanta. It was just a weird play,” Johnson said. “Our coaches always taught us to run to the ball. I tried to tip the lateral, but (Dan) Skipper is about seven-feet tall, and he got a hand on it. The next thing I knew they had converted the first down.”

Ole Miss beat LSU two weeks later, and they travel to Starkville with the Sugar Bowl on the line. The former Mississippi State commit would play his final regular season game at a place that for a long time he expected to play his college football. He would win, and play in the Sugar Bowl, or he’d lose, and the bowl game would, frankly, be meaningless.

They didn’t lose that game. They even didn’t come close to losing that game. They dominated from the kickoff to the final whistle and walked out with a 38-27 victory over Mississippi state.

They went to the Sugar Bowl.

“To be able to increase the legacy that we could leave at Ole Miss was special. That game was just what we had worked for our whole career,” Johnson said.

He’s now coaching at East Mississippi Community College as a defensive assistant. The Lions played for and won the Mississippi Bowl this season. Johnson, however, hasn’t given up on his playing days just yet.

“Coaching is what I want to do for the rest of my life, but my playing window isn’t closed yet,” Johnson said. “I’ve gotten a few calls, and I may give it another shot. If my playing career doesn’t work out, I plan on coaching for a long time.”

People in Philadelphia that knew him growing up still won’t talk to him for a decision that he made as a 17-year old. He doesn’t care. He doesn’t hold grudges about the past. The decision he made, to him, was the right one.

Ole Miss changed every aspect of his life. He’ll readily admit that his time at Ole Miss impacted his life more than he ever expected it to. It made him grow. It helped make him into the person, coach, and man that he is today.

“That changed me so much. Everyone stopped me and told me how much they appreciated me, and I just wanted them to know how much I appreciated Ole Miss. That place means a lot to me,” Johnson said.