Freshman Wideout Hauled in Seven Touchdown Receptions on the Season 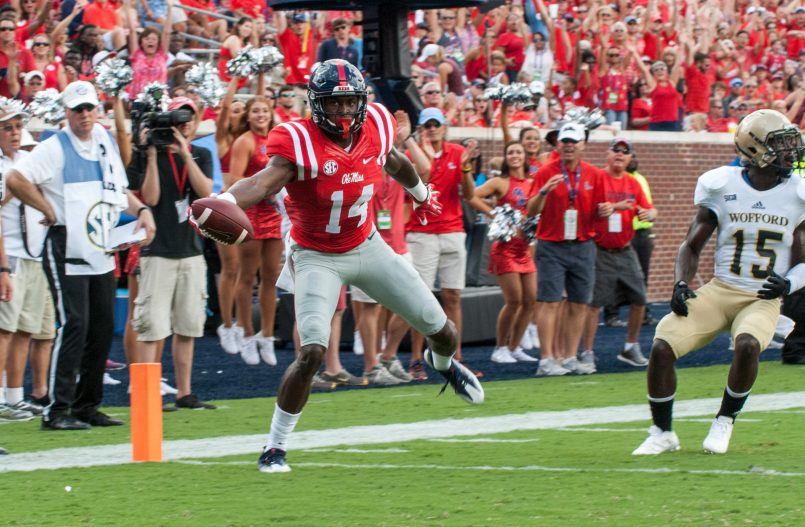 BIRMINGHAM, Ala. – Freshman WR D.K. Metcalf was named to the Southeastern Conference All-Freshman Team, released by the SEC office Thursday.

Metcalf, from Oxford, Mississippi, hauled in 39 receptions for 646 yards and seven touchdowns during his redshirt freshman campaign for the Rebels.

He surpassed the 100-yard receiving mark twice during the 2017 season, including a career-best 125-yard performance at Cal.

Metcalf was named SEC Freshman of the Week following his five catch, 83-yard performance against Kentucky in which he hauled in the game-winning TD with five seconds remaining in the contest.