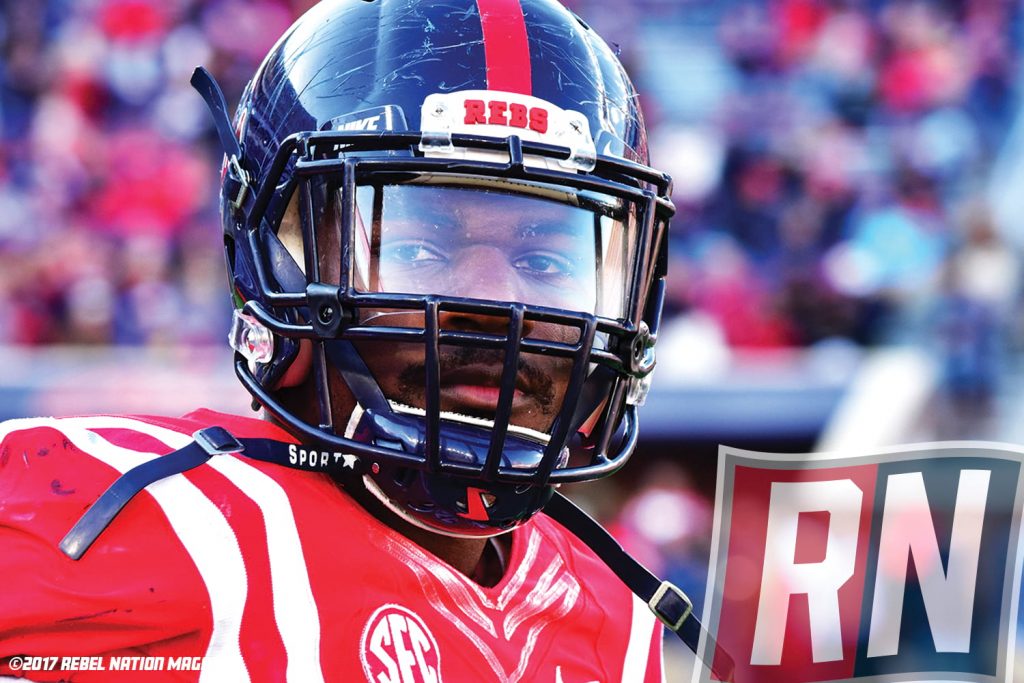 One of 42 Top Defensive Players up for Annual Award

Haynes is one of 42 of the nation’s top defensive players on the watch list, including 17 linebackers, 14 defensive linemen, and 11 defensive backs. To date, the Lott IMPACT Trophy has donated more than $1.3 million for various charities throughout the country, including more than $500,000 to universities.

The winner of the 14th annual Lott IMPACT Trophy will be announced at a banquet Dec. 10 at the Pacific Club in Newport Beach, California.

Haynes, who will wear No. 38 this fall as the Chucky Mullins Courage Award winner, has been a consistent threat in opposing teams’ backfields since his freshman year in 2014 when he helped Ole Miss finish as the nation’s No. 1 scoring defense. The Jacksonville, Florida, native ranks third in school history with 24.5 career sacks and fourth with 36.5 tackles for loss entering his senior year. A two-time All-SEC selection (2015, 2016), Haynes has led the Rebels in sacks all three years (7.5 in 2014, 10 in 2015, 7 in 2016).

Named after Pro Football Hall of Fame member, Ronnie Lott, the Lott IMPACT Trophy is awarded to college football’s Defensive IMPACT Player of the Year. Founded in 2004 by The Pacific Club IMPACT Foundation, the Lott Trophy is the first and only college football award to equally recognize athletic performance and the personal character attributes of the player. The Lott Trophy is given to the player who exhibits the same characteristics Lott embodied during his distinguished career: Integrity, Maturity, Performance, Academics, Community and Tenacity.

Voters for the award include selected members of the national media, previous finalists, the Board of Directors of the Pacific Club IMPACT Foundation and a distinguished group of former college football head coaches.

For more information on the Lott Trophy, visit www.LottImpactTrophy.org.